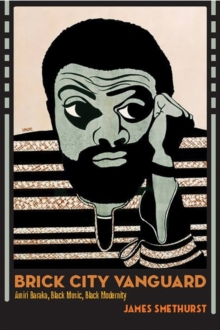 Amiri Baraka is unquestionably the most recognized leader of the Black Arts Movement of the 1960s and 1970s, and one of the key literary and cultural figures of the postwar United States.

While Baraka's political and aesthetic stances changed considerably over the course of his career, Brick City Vanguard demonstrates the continuity in his thinking about the meaning of black music in the material, psychic, and ideological development of black people.

Drawing on primary texts, paratexts (including album liner notes), audio and visual recordings, and archival sources, James Smethurst takes a new look at how Baraka's writing on and performance of music envisioned the creation of an African American people or nation, as well as the growth and consolidation of a black working class within that nation, that resonates to this day.

This vision also provides a way of understanding the encounter of black people with what has been called ""the urban crisis"" and a projection of a liberated black future beyond that crisis.