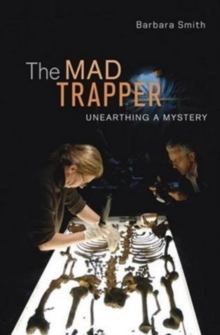 Ever since he was gunned down in a torrent of RCMP bullets in February 1932, the identity of the Mad Trapper of Rat River has remained a mystery.

Theories and claims have abounded, but no one yet has been able to positively identify the enigmatic loner who shunned his neighbours and led Canada's national police force on a wild chase that ended not only with his own death, but with one officer killed and two others wounded.

This could be about to change. The body of the man known to the world only as Albert Johnson was exhumed from his Arctic grave in August of 2007 by a team of scientists and a film production crew from Myth Merchant Films.

With the aid of DNA testing and other modern forensic techniques, they hope to settle once and for all the question of identity.

Author Barbara Smith was part of the team, and in "The Mad Trapper: Unearthing a Mystery", illustrated with striking photos from the exhumation, she tells the story of the filmmakers research and the making of the documentary, which will air on the Discovery Channel in fall 2008 or spring 2009.

Smith also recaps the manhunt that brought Johnson down and the legends that have grown up around him. Will the true identity of the Mad Trapper at last be revealed?

Only time will tell.