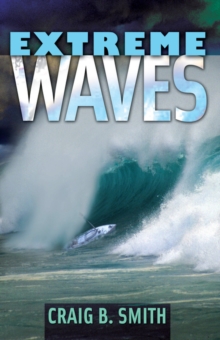 Waves are hypnotic and beautiful. They can also be great fun. But Hurricanes, Katrina and Rita taught us that they can be powerful and deadly while the 2004 tsunami proved that some waves are absolutely devastating.

Science is the best tool for understanding and predicting the most extreme waves.

Where do waves come from? Why are some big and some small? From winter to summer, the nature of the beach changes, sculpted by the tireless energy of waves.

Most waves are simply rhythmic expressions of Earth movement through space and the changes they bring to our shorelines are gradual.

But given the right weather conditions and combination of natural forces, waves can wreak havoc.

These are extreme waves, waves that can stretch 100-feet high an imminent threat to large sea vessels and coastal structures.

There are even waves that have stripped trees from mountains as they surged to an estimated 1,700 feet high.

But even smaller waves are dangerous to ships and coastlines.

Indeed, the lessons of the 2004 Bay of Bengal tsunami and the damage wrought by recent tidal surges in New Orleans underscore the need for better tracking and prediction of extreme waves. "Extreme Waves" is a fascinating history of waves.

Covering both the headline stories as well as incidents that are less well-known but equally startling Craig Smith, author and amateur sailor, will have you riveted from the first chapter to the last.