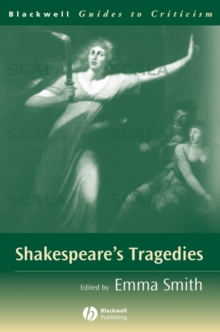 Part of the Blackwell Guides to Criticism series

Navigating the sea of published commentary on Shakespeare's tragedies can be difficult.

This book guides students through the key critical debates from the sixteenth century to the present day, enhancing their enjoyment and broadening their critical repertoire.

All the articles are contextualized with brief critical overviews and annotated suggestions for further reading.