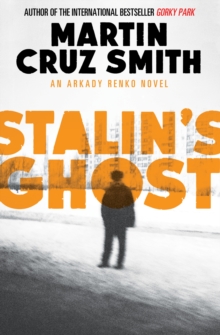 * Don't miss the latest in the Arkady Renko series, THE SIBERIAN DILEMMA, by Martin Cruz Smith, a novelist 'that anyone who is serious about their craft views with respect bordering on awe' (Val McDermid) *'Martin Cruz Smith makes tension rise through the page like a shark's fin' Independent Once the Chief Investigator of the Moscow Militsiya, Arkady Renko is now a pariah of the Prosecutor's Office and has been reduced to investigating reports of late-night subway riders seeing the ghost of Joseph Stalin.

Part political hocus-pocus, part wishful thinking - even the illusion of the bloody dictator has a higher approval rating than Renko.

After being left by his lover for a more popular and successful detective, Renko's investigation becomes a jealousy-fuelled quest leading to the barren fields of Tver, where millions of soldiers fought, and lost their lives.

Here, scavengers collect bones, weapons and paraphernalia off the remains of those slain, but there's more to be found than bullets and boots. Praise for Martin Cruz Smith: 'The story drips with atmosphere and authenticity - a literary triumph' David Young, bestselling author of Stasi Child 'Smith not only constructs grittily realistic plots, he also has a gift for characterisation of which most thriller writers can only dream' Mail on Sunday 'Smith was among the first of a new generation of writers who made thrillers literary' Guardian 'Brilliantly worked, marvellously written . . . an imaginative triumph' Sunday Times 'A wonderful surprise of a novel' William Ryan, author of The Constant Soldier