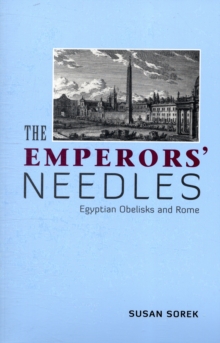 Obelisks, originally associated with the sun cult, had their heyday between 2000 and 1500 BC, when they adorned the Nile's banks and proclaimed the splendour of the pharaohs.

Today, only twenty-seven Egyptian obelisks remain standing and they are scattered in various locations throughout the world.

Rome, with thirteen, boasts more than anywhere else, including Egypt itself.

These monolithic structures can be seen in every corner of the `Eternal City' and still hold a fascination for all who gaze upon them.

This book is intended as a general guide to the obelisks that have found their way to the four corners of the earth.

It examines the interest shown in them by the Roman emperors; it discusses each obelisk in detail, and traces individual histories and anecdotes concerning their journeys from Egypt.

The work is illustrated throughout and translations of some of the relevant historical texts are supplied.