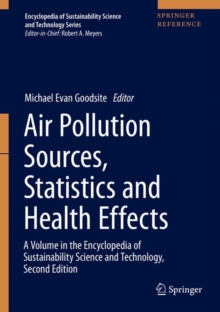 Part of the Encyclopedia of Complexity and Systems Science Series series

This volume in the Encyclopedia of Complexity and Systems Science, Second Edition, combines the main features of Game Theory, covering most of the fundamental theoretical aspects under the cooperative and non-cooperative approaches, with the procedures of Agent-Based Modeling for studying complex systems composed of a large number of interacting entities with many degrees of freedom.

In Game Theory, the cooperative approach focuses on the possible outcomes of the decision-makers' interaction by abstracting from the "rational" actions or decisions that may lead to these outcomes.

The non-cooperative approach focuses on the actions that the decision-makers can take.

As John von Neumann and Oskar Morgenstern argued in their path-breaking book of 1944 entitled Theory of Games and Economic Behavior, most economic questions should be analyzed as games.

The models of game theory are abstract representations of a number of real-life situations and have applications to economics, political science, computer science, evolutionary biology, social psychology, and law among others.

Agent-Based Modeling (ABM) is a relatively new computational modeling paradigm which aims to construct the computational counterpart of a conceptual model of the system under study on the basis of discrete entities (i.e., the agent) with some properties and behavioral rules, and then to simulate them in a computer to mimic the real phenomena.

Given the relative immaturity of this modeling paradigm, and the broad spectrum of disciplines in which it is applied, a clear cut and widely accepted definition of high level concepts of agents, environment, interactions and so on, is still lacking.

This volume explores the state-of-the-art in the development of a real ABM ontology to address the epistemological issues related to this emerging paradigm for modeling complex systems.