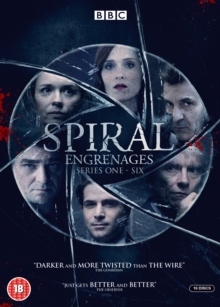 In the first series, the discovery of a young woman's badly-beaten body on a rubbish tip in Paris sets in motion a police investigation that unravels a trail of corruption leading from the dark worlds of prostitution and drugs to the halls of government, business and the judiciary itself.

During the third series, the emergence of a brutal serial killer offers Berthaud the chance to restore her reputation, but will her very determination to track down the killer lead her over the edge?

In the fourth series, lawyer Joséphine Karlsson (Audrey Fleurot) risks all by attempting to defend the rights of a group of unwelcome immigrants.

Meanwhile, Berthaud finds herself in the thick of the action when she is seconded to an anti-gang unit shadowing the activities of dissident students engaged in bomb-making.

In the fifth series, Berthaud and her team are tasked with solving the double murder of a mother and daughter whose bodies are discovered in a canal.

During their investigation they are led to a group of bank robbers while trying to search for missing members of the deceased's family.

In the sixth series, after Berthaud returns to work early from maternity leave, she and her team are tasked with solving a murder case after an anonymous dismembered victim is discovered.