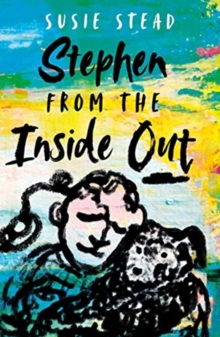 Stephen from the inside out

By: Stead, Susie,  Mosley, Emily(Illustrated by)

'In our love, however little, we create a web that breaks a person's fall.' "Susie, my life has been a complete and total waste of time". In 2012 when Stephen said this, he believed it to be true.

But was it? And how do we decide?From the outside, it may have looked like this.

Stephen spent 25 years inside British psychiatric wards, was finally diagnosed with autism in his late forties and never felt acceptable in the 'normal' world. From the inside, though, here was a man with powerful convictions, deep longings, wide interests and an incapacity to be anything other than himself, whatever the cost.

This is his story, inside and out; a story of grave injustices, saints and bigots, a faithful dog, a wild woman, a fairy godmother and angels hidden in plain sight.

It is also the story of the author, Susie, who started off by wanting to 'help' Stephen 'get better', and instead found herself profoundly challenged by a friendship she did not expect. Idiosyncratic, unorthodox, tragic, yet at times hilarious - this book not only tells a compelling and important story but will be vital reading for anyone who cares about mental health in our contemporary world or who might just be open to a different way of seeing: from the inside out.