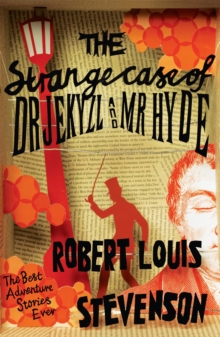 In one of the most fascinating works of fiction of all time, Stevenson examines the inner conflict between good and evil.

Lawyer Gabriel Utterson hears of an ambiguous, solitary, violent man called Edward Hyde, who is said to have trampled over a young girl in the street, leaving her bruised and terrified.

Utterson becomes concerned when a friend of his, Dr Henry Jekyll, makes a will declaring that in the event of his death or disappearance, Hyde should inherit all his property.

When Hyde is seen killing a respected political figure, Jekyll becomes increasingly reclusive, which leads Utterson to suspect that there is more than a casual connection between his friend and this brutal 'apelike' monster of a man...