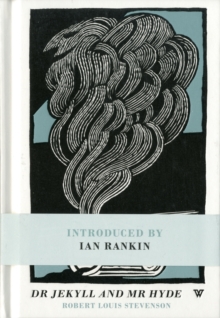 Part of the Pocket classics series

Published in 1886, Robert Louis Stevenson drafted The Strange Case of Dr Jekyll and Mr Hyde over just a few days while confined to bed.

It can't be known whether this feat of writing drove him into a fever, or if his illness inspired the feverish plot.

But this background helped to justify at the time the invention of Mr Hyde, the terrifying alter ego of a respectable man, whose depravity was so extreme that his worst criminal pleasures are tantalisingly omitted from a still violent story.

At first shunned by booksellers, Jekyll and Hyde went on to be quoted as a moral allegory and enjoyed by an enormous public.

It remains a frighteningly compelling crime thriller with an enduring vision of the dark side of the psyche with an unforgettable plot which puts it at the head of its genre.