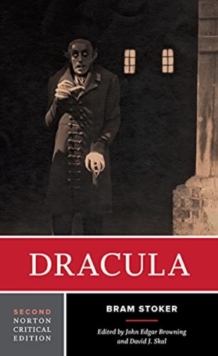 This Norton Critical Edition includes: The first edition of the novel, published by Archibald Constable in London in 1897 and chosen by the editors in order to give readers-insofar as such a thing is possible-a more historically authentic reading experience than has been generally available.

The three-part format-annotated text, contexts and criticism-helps students to better understand, analyse and appreciate the literature, while opening a wide range of teaching possibilities for instructors.

Whether in print or in digital format, Norton Critical Editions provide all the resources students need.