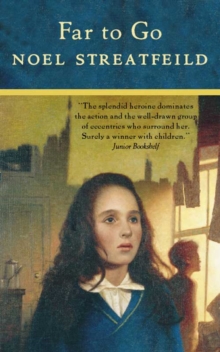 Margaret Thursday, the heroine of Thursday's Child, becomes a huge success on the London stage.

But her old enemy is close on her heels, determined to carry out her revenge...Margaret felt a glow of excitement as she read the advertisement: Wanted: A clever girl to appear eleven.

In a trice it was all planned, and she was soon on the train to London, her heart pounding with excitement at the idea that she might, just might get the part in the new play.

However, her subsequent successes bring with tthem the unwanted drama of a kidnap rumour.

Day and night Margaret is closely protected, but it is soon clear that she hasn't been guarded quite closely enough...