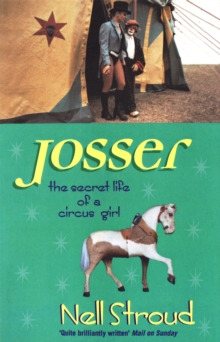 Josser : days and nights in the circus

An account of Oxford-educated Nell Stroud's life in the circus.

It is also the story of the people of the circus, from the trapeze artists and clowns to the high-wire acts and grooms, as Nell reveals their commitment and expertise, and their hard, marginalized lives.

Following a terrible riding accident which left her mother permanently brain-damaged, Nell ran away to the circus.

What she found there was a life which became more real to her than the one she left behind.

She found people who had sacrificed their lives for their art, who worked in all weathers, perfecting some of the most dramatic and beautiful acts she had ever seen.

She found third-generation show-people who travelled around forgotten parts of Britain to bring their abstract, polished, multi-layered show to ever-dwindling audiences.

She found herself in an art form that may soon be lost.

Nell lived and worked among the circus people for several years, but she is not one of them: she was not born in the circus.

In their words she is a "josser" a person in the circus from the outside world.