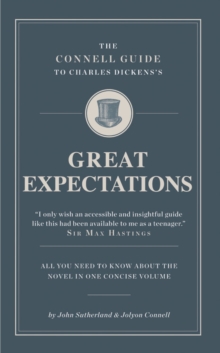 Great Expectations is one of the best-selling Victorian novels of our time.

No Dickens work, with the exception of A Christmas Carol, has been adapted more for both film and television.

It has been as popular with critics as it has with the public.

John Lucas describes it as "the most perfect and the most beautiful of all Dickens's novels", Angus Wilson as "the most completely unified work of art that Dickens ever produced". Great Expectations has been so successful partly because it's an exciting story.

Dickens always had a keen eye on the market and subscribed to Wilkie Collins's advice: "make 'em laugh, make 'em cry, above all make 'em wait." From the violent opening scene on the marshes to the climax of Magwitch's attempted escape on the Thames, the story is full of suspense, mystery and drama.

But while these elements of Great Expectations have ensured its popularity, it is also a novel which, as this guide will seek to show, raises profound questions not just about the nature of Victorian society but about the way human relationships work and the extent to which people are shaped by their childhoods and the circumstances in which they grow up.