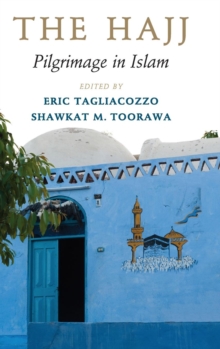 The Hajj : pilgrimage in Islam

Every year hundreds of thousands of pilgrims from all over the world converge on Mecca and its precincts to perform the rituals associated with the Hajj and have been doing so since the seventh century.

In this volume, scholars from a range of fields - including history, religion, anthropology, and literature - together tell the story of the Hajj and explain its significance as one of the key events in the Muslim religious calendar.

By outlining the parameters of the Hajj from its beginnings to the present day, the contributors have produced a global study that takes in the vast geographies of belief in the world of Islam.

This volume pays attention to the diverse aspects of the Hajj, as lived every year by hundreds of millions of Muslims, touching on its rituals, its regional forms, the role of gender, its representation in art, and its organization on a global scale.