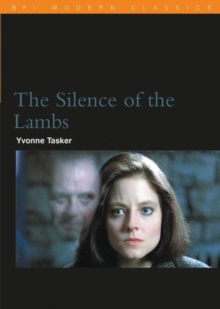 The silence of the lambs

Released in 1990, "The Silence of the Lambs" is one of the defining films of 20th-century American cinema.

Adapted from the Thomas Harris novel and directed by Jonathan Demme, its central characters, Clarice Starling and Hannibal Lecter, have become contemporary icons.

Jodie Foster plays Starling, a rookie FBI agent on the trail of "Buffalo Bill", a serial killer who flays his victims.

With its pairing of a perverse, invasive anti-hero and a questing, self-searching heroine, "The Silence of the Lambs" is a narrative of pursuit at several levels.

In this study Yvonne Tasker explores the way the film weaves together gothic, horror and thriller conventions to generate both a distinctive variation on the cinematic portrayal of insanity and crime, and a fascinating intervention in the sexual politics of genre.

She identifies the film as a key reference-point for tracking the 90s obsession with police procedure and serial killing, analyzing its key themes of reason and madness, identity and belonging, aspiration and transformation.