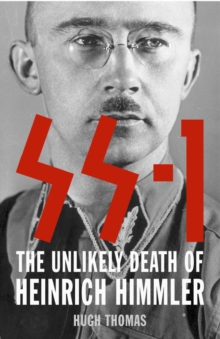 This serious examination of the curious demise of Reichsfuhrer SS Heinrich Himmler also investigates an extraordinary web of secret deals and international intrigue.

On 23 May 1945 Heinrich Himmler, leader of the SS and architect of the Holocaust, committed suicide in Allied custody.

So why was MI6's most talented secret agent Kim Philby unconvinced by the story of Himmler's suicide?

Hugh Thomas set out to answer Philby's question and has uncovered a maze of corruption, high finance, political gambles and international intrigue.Ever since 1945, the world has believed that Heinrich Himmler evaded his just deserts by committing suicide when he fell into British hands shortly after the end of the Second World War.

The Allies would have liked to put him on trial alongside Goring and the other major war criminals.

Himmler, the greatest mass murderer of all time, cheated the hangman.

But was it really Himmler?