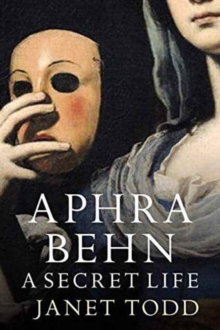 Todd conveys Behn's vivacious character and the mores of the time. the New York Times Ground-breakingit reads quickly and lightly.

Even Todd s throwaway lines are steeped in learning and observation.

Ruth Perry, MIT, Women s Review of Books A major biography; of interest to everyone who cares about women as writers.

Emma Donoghue All women together ought to let flowers fall on the tomb of Aphra Behn...For it was she who earned them the right to speak their minds.

Virginia Woolf Aphra Behn, a spy in the Netherlands and the Americas, was the first professional woman writer.

Janet Todd, novelist and internationally renowned scholar, was President of Lucy Cavendish College, Cambridge, and a Professor at Rutgers, NJ.

An expert on women s writing and feminism, she has published on many writers, including Jane Austen, the Shelley Circle, Mary Wollstonecraft, and Aphra Behn. "