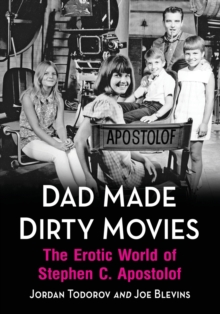 Strippers, zombies, fugitives and jewel thieves. These were just some of the characters who inhabited the weird, wild films of director Stephen C.

Apostolof in the 1960s and 1970s. But Apostolof's own life was every bit as improbable as the plots of his lurid movies.

Along the way, he married three times, fathered five children and forged a personal and professional relationship with the notorious Ed Wood, Jr.

Drawing on rare archival material and interviews with those who knew him best, this first biography of Apostolof chronicles the life and career of a cult film legend.