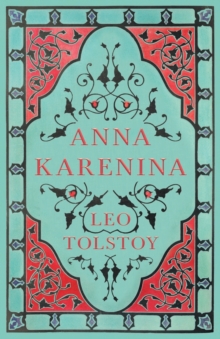 By: Tolstoy, Leo,  Garnett, Constance(Translated by)

Referred to by Tolstoy as his first true novel, "Anna Karenina" (1877) is widely considered to be one of the greatest literary works ever produced. Originally released as a serial between 1873 and 1877 in "The Russian Messenger", this fantastically intricate novel in eight parts chronicles the lives and relationships of over a dozen characters and deals with such themes as marriage, faith, fidelity, betrayal, Russian society, and desire.

The story revolves around Anna and Count Alexei Kirillovich Vronsky, whose illicit love affair creates a scandal in Saint Petersburg which necessitates the couple's flight to Italy in search of happiness.

Generally considered to be one among the greatest novel writers of all time, he was nominated for the Nobel Prize in literature each year between 1902 and 1906; as well as the Nobel Peace Prize in 1901, 1902, and 1910.

Read & Co. Classics is proudly republishing this classic novel now in a new edition complete with a specially-commissioned new biography of the author.