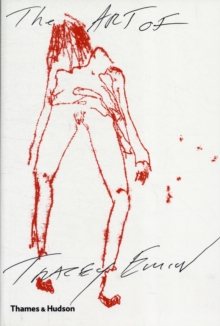 The art of Tracey Emin

By: Merck, Mandy,  Townsend, Chris(Edited by)

The career of Tracey Emin, one of the best known contemporary British artists, has become a potent symbol of the relationship between art and celebrity in our time.

When it was exhibited in London at the Tate in 1999, her now notorious installation My Bed was denounced by conservative critics as a national scandal, but this and her other work have continued to attract ever larger audiences.

Yet if Emin is now universally recognized as a media phenomenon, her work has also begun to attract serious critical attention.

In The Art of Tracey Emin, distinguished critics from Britain and the United States explore her various artistic influences, for example Edvard Munch and Egon Schiele, and the separate parts of her oeuvre - her installations (most notably My Bed and Everyone I Have Ever Slept With), her film and video works, and her monoprints.

The final essay takes the form of an interview with the artist.