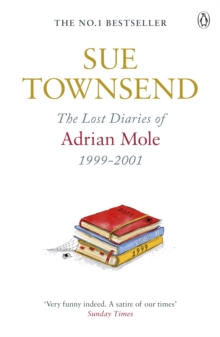 Part of the Adrian Mole series

The best diaries ever written - with apologies to Samuel Pepys, Bridget Jones and me' ADAM KAYIn the SIXTH book in Sue Townsend's hilarious and iconic series, Adrian, Leicester's most unlikely ex-con, faces the nit-infested reality of being a single parent . . . __________ Monday January 3, 2000 So how do I greet the New Millennium?

In despair. I'm a single parent, I live with my mother . . . I have a bald spot the size of a jaffa cake on the back of my head . . . I can't go on like this, drifting into early middle-age.

I need a Life Plan . . . The 'same age as Jesus when he died', Adrian Mole has become a martyr: a single-father bringing up two young boys in an uncaring world.

With the ever-unattainable Pandora pursuing her ambition to become Labour's first female PM; his over-achieving half-brother Brett sponging off him; and literary success elusive, Adrian tries to make ends meet and find a purpose. But little does he realise that his own modest life is about to come to the attention of those charged with policing The War Against Terror . . . __________ 'One of the great comic creations of our time.