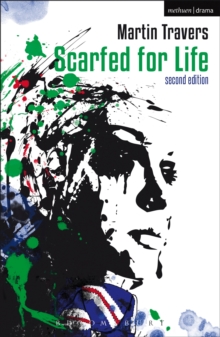 Bloomsbury Methuen Drama
1472582543 / 9781472582546
eBook (Adobe Pdf)
822.92
14/04/2014
Available
United Kingdom
English
57 pages
Copy: 10%; print: 10%
Description based on CIP data; resource not viewed.
A modern parable set against the backdrop of the first Old Firm clash of the season. Funny, hard-hitting and thought-provoking, the second edition of Scarfed for Life tells the story of two teenage friends caught in the crossfire of polite suburban prejudice and garden equipment.Ideal for secondary school students, the play draws on what sectarianism and prejudice actually mean to young Glaswegians, and how it affects them and their peers. Scarfed for Life is a hard-hitting play based on the experiences of discrimination and prejudice among the young people of Glasgow.The play toured secondary schools in Scotland in 2011 and Scottish prisons in 2013. The language in this edition has been revised specifically with school-age students in mind, and is an ideal, issue-led play for students 14+.