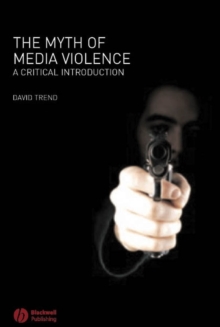 The myth of media violence : a critical introduction

Public hunger for violent entertainment has always existed with each invention of new media, from the printing press to the Internet. "The Myth of Media Violence" examines the current and historical debates over one of the most widely discussed yet little understood issues of our time: the social and cultural effects of violence in film, television, and video games.

Written in an accessible style, this book explains the need for media violence, and why, despite decades of activism against them, violent media outlets continue to grow and develop at a rapid pace.

The book also investigates the forces encouraging social anxieties, why violence in media exists at all, and how society can deal with it.