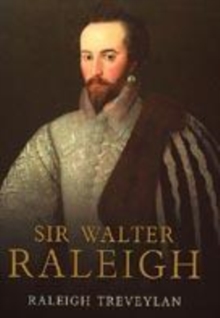 "You have lived like a star at which the world has gazed", said the judge at Sir Walter Raleigh's trial. "He was fortune's tennis ball", said another contemporary, to many others he was an arrogant liar.Regarded by the Spanish as the most hated of pirates, Raleigh had a thirst for wealth and power that was coupled with extraordinary creative energy.

Soldier, explorer, parliamentarian, chemist, reputed atheist, patron of poets and himself a fine poet, Raleigh is the epitome of the English Renaissance man.

A glittering courtier in the shark pool of Elizabethan politics, he could also be a ruthless administrator.

For the generation of Republicans after his death on the scaffold, Raleigh was a hero; for the Victorians he represented the gentlemanly ideal of disinterested loyalty to the crown, while more recent studies have focused on his imperialist attitude and the tensions between himself and Elizabeth I.

However he is seen, Raleigh cuts as controversial and tragic figure now as he did in his own times.This is the first major biography of Sir Walter Raleigh for many years.

A brilliantly realized portrait of the man and his age, it benefits from the author's several, sometimes arduous, visits to places connected with Raleigh, including sites of the fabled El Dorado, and from extensive research in Spanish archives.