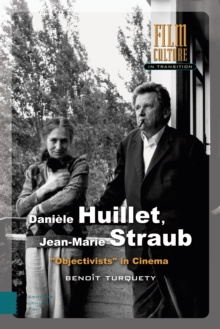 Part of the Film Culture in Transition series

The impact of their work comes in part from a search for radical objectivity, a theme present in certain underground currents of modernist art and theory in the writings of Benjamin and Adorno as well as in the "Objectivist" movement, a crucial group within American modernist poetry whose members included Louis Zukofsky, George Oppen, and Charles Reznikoff, with connections to William Carlos Williams and Ezra Pound.

Through a detailed analysis of the films of Straub and Huillet, the works they adapted, and Objectivist poems and essays, Benoit Turquety locates common practices and explores a singular aesthetic approach where a work of art is conceived as an object, the artist an anonymous artisan, and where the force of politics and formal research attempt to reconcile with one another.