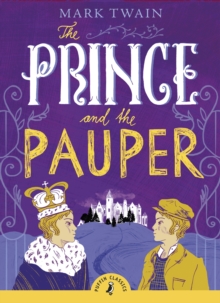 The prince and the pauper

The prince and the pauper

Rediscover Puffin Classics - timeless stories for each new generation. Tom Canty and Edward Tudor could have been identical twins.

Their birthdays and their faces match, but there the likeness stops.

For Edward is prince, heir to King Henry VIII of England, whilst Tom is a miserable pauper.

But fate intervenes, and their identities become confused.

Soon the prince is thrown out of the palace in rags, leaving ignorant Tom to play the part of a royal prince.