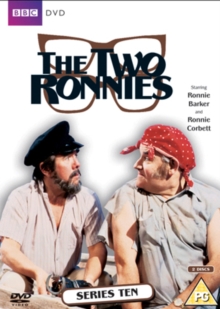 A popular culture institution in its own lifetime, the programme begins and ends with the pair seated behind a desk reading quick-fire 'news' reports.

In between, 'in a packed programme tonight...', there are sketches, drama serials, musical routines and a rambling monologue from Ronnie Corbett, before the pair sign off with their famous catchphrase: 'It's goodnight from me.' 'And it's goodnight from him.' 'Goodnight'.

The six episodes contain such material as Godfrey and Humphrey at their gentleman's club, 'The Squash Match', 'Minister of Cuts' and one of their extended silent sketches, 'Campers'.