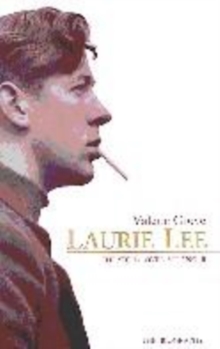 Despite his autobigraphical writings, despite his gregarious appearances on the London literary scene and in the village pub where he was always available to fans, Laurie Lee was a secretive man.Millions of readers feel they know him from the lyrical account of his Gloucestershire boyhood, immortalized in "Cider with Rosie".

They also know that he walked out one midsummer morning in 1934 and wandered through Spain, playing the fiddle before being caught up in the Spanish Civil War.

When he returned home, he spent almost the rest of his life writing about these youthful adventures.He was a poet, a playwright and a broadcaster, his books became classics, and he was devoted to two women: his wife and his daughter, "the firstborn".

Publicly, he fostered the Laurie Lee legend.But behind his locked study door, in the letters and diaries he left, lay the revealing clues to his private pain and passion: the girls he left behind, the woman who took him to Spain, the woman he came back to... and the others who nurtured, protected and loved him all his crowded, fulfilled but often tormented life.Eventually, when nearly eighty, he published a vivid and moving account of his Spanish Civil War experiences which, after his death, were questioned by fellow veterans.

A fierce debate ensued in the national press about Lee's role in the war.

Here for the first time, from his private correspondence, are the facts about that time and other hitherto unknown elements in the Laurie Lee story - which are even more fascinating than the legends he fostered.