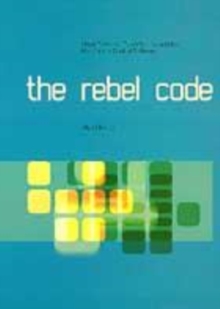 In 1991, Linus Torvalds, a Finnish student, sent an e-mail to an internet newsgroup, asking for advice on how to make a better operating system.

His project, he said, was a hobby and would never be "big and professional".

Yet in less than ten years he and a loose alliance of hackers have created an operating system - LINUX - that challenges Windows for the server software market and is now poised to dominate the next generation of handheld and desktop computers.In this age of new technology start-ups, LINUX is impressive, but it might seem like just another business success story.

What makes this story strange - and deeply troubling for the business world - is that LINUX is free.

Not only is it free, but anyone can adapt it in any way they wish, as long as they pass it on to new users on the same terms. And far from being an isolated case, it is one of dozens of software projects round the world that have ignored or postponed commercial concerns to concentrate on writing the perfect code and have dedicated themselves to the principles of free and open development.

For years they have been dismissed as irrelevant idealists.

Yet already, more than any government or corporation, these fluidly organized and highly efficient teams of "amateurs" have defended and entrenched the open standards on which the Internet depends.In this definitive account, Glyn Moody traces the history of open software from its origins in the UNIX community 30 years ago, through its embrace of internet technology, to its present status as Microsoft's only serious rival.

Moody shows how pioneers like Richard Stallman struggled to define and defend the principle of free software development, and how companies like IBM, Netscape and Hewlett Packard first ignored and then raced to understand and attempt to control - its potential.

He reveals for the first time the full story of the creation of LINUX, Apache, Sendmail and many of the other open source programmes.

As he describes the personalities and principles of those involved, he shows how subtle and apparently trivial differences in method have spelt success or failure for individual projects.This is a book about the human urge to share and exchange, about the limits - and resilience - of the profit motive.

Above all it is about what we can achieve together when we suspend, even for a moment, the pursuit of personal advantage.