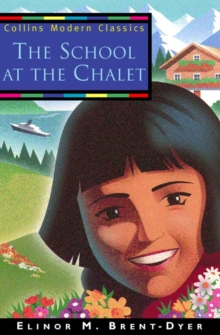 The school at the Chalet

When Joey Bettany's sister Madge sets up a school in the Austrian Tyrol, Joey is among the first pupils.

From its small beginnings it grows rapidly, enjoying all sorts of exciting adventures and mishaps.

Joey, effectively an only child because Madge is twelve years her senior, is always ill during the English winter.

Madge's solution to Joey's health problems is to start a school in the Austrian Tyrol.

At first there are only a handful of pupils, but soon the numbers grow, with children coming from all over the world.

Joey is always the central character, in this as in many of the other 60-odd books in the series.

There are alarms and excursions in which she takes part with interest, wonderful descriptions of the spectacular local scenery, hilarious antics of one sort or another, and plenty of near disasters in the mountains.

The School at the Chalet is the first book in an ever-popular series.

It was first published in 1925 and has been in print ever since.