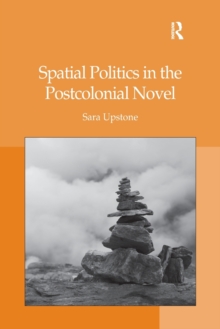 Spatial Politics in the Postcolonial Novel

In her innovative study of spatial locations in postcolonial texts, Sara Upstone adopts a transnational and comparative approach that challenges the tendency to engage with authors in isolation or in relation to other writers from a single geographical setting.

Suggesting that isolating authors in terms of geography reinforces the primacy of the nation, Upstone instead illuminates the power of spatial locales such as the journey, city, home, and body to enable personal or communal statements of resistance against colonial prejudice and its neo-colonial legacies.

While focusing on the major texts of Wilson Harris, Toni Morrison, and Salman Rushdie in relation to particular spatial locations, Upstone offers a wide range of examples from other postcolonial authors, including Michael Ondaatje, Keri Hulme, J.

The result is a strong case for what Upstone terms the 'postcolonial spatial imagination', independent of geography though always fully contextualised.

Written in accessible and unhurried prose, Upstone's study is marked by its respect for the ways in which the writers themselves resist not only geographical boundaries but academic categorisation.