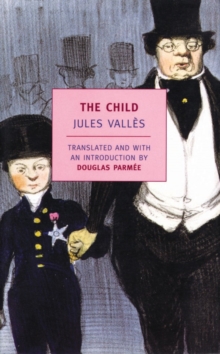 The Childis a story about growing up that is comparable in humor and humanity to Great Expectations, even as its unflinching exposure of violence and hypocrisy foreshadows the nightmare realsim of Louis-Ferdinand Celine.

Jules Valles, an anarchist and a bohemian, dedicated his book "to all those who were bored stiff at school or reduced to tears at home, who in childhood were bullied by their teachers or thrashed by their parents," and it tells the (autobiographical) tale of a young boy constantly scapegoated and abused, emotionally and physically, by his peasant mother and schoolteacher father, whose greatest concern is to improve their social status.

But the young hero learns to stand up to his parents, even to love them, in time, and for all the intense pain the book registers it is anything but dreary.

To the contrary, Valles's book is one of the funniest in French literature, a triumph of insubordinate comedy over the forces of order and the self-appointed defenders of decency.