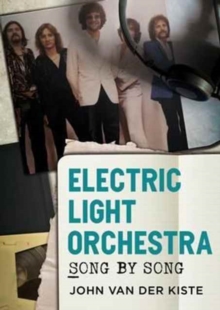 ELO (The Electric Light Orchestra) were devised by Roy Wood and Jeff Lynne of The Move as a fusion of rock and contemporary classical-style music, combining orchestral instruments, guitars, keyboards and drums in the same line-up.

Their aim was to continue from where The Beatles' 'I Am The Walrus' left off.

After the release of their debut eponymous album in 1971 and a few live dates at home and in Europe, it became increasingly apparent that both leaders' objectives were incompatible.

Wood left Lynne in charge of the group to refine their sound, and their ambitious progressive rock epics gradually giving way to a more accessible style.

With keyboard player Richard Tandy and drummer Bev Bevan the only other constant members in an ever-changing line-up, by the end of the decade the group were rarely out of the British and American charts.

After disbanding in 1986, ELO Part II (minus Lynne) returned for two albums, but Lynne reclaimed the name with an album in 2001 and a long-awaited reappearance as Jeff Lynne's ELO in 2014.

This book provides a comprehensive examination of all the group's studio albums.