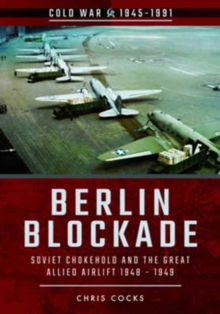 When the world held its breath It is 25 years since the end of the Cold War, now a generation old.

It began over 75 years ago, in 1944 long before the last shots of the Second World War had echoed across the wastelands of Eastern Europe with the brutal Greek Civil War.

The battle lines are no longer drawn, but they linger on, unwittingly or not, in conflict zones such as Iraq, Somalia and Ukraine.

In an era of mass-produced AK-47s and ICBMs, one such flashpoint was Berlin. Allied agreements entered into at Teheran, Yalta and Potsdam for the carving up of post-war Berlin now meant nothing to the Soviet conquerors.

Their victory had cost millions of Russian lives troops and civilians so the hammer and sickle hoisted atop the Reichstag was more a claim to ownership than success.

Moscow s agenda was clear and simple: the Western Allies had to leave Berlin.

The blockade ensued as the Soviets orchestrated a determined programme of harassment, intimidation, flexing of muscle, and Socialist propaganda to force the Allies out.

Truman had already used the atomic bomb: Britain and America would not be cowed.History s largest airborne relief programme was introduced to save the beleaguered city. In a war of attrition, diplomatic bluff and backstabbing, and mobilizing of forces, the West braced itself for a third world war.