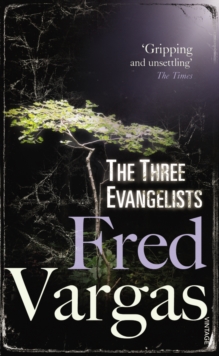 By: Vargas, Fred,  Reynolds, Sian(Translated by)

Part of the The Three Evangelists series

Sophia Simeonidis, a Greek opera singer, wakes up one morning to discover that a tree has appeared overnight in the garden of her Paris house.

Intrigued and unnerved, she turns to her neighbours: Vandoosler, an ex-cop fired from the police for having helped a murderer to escape, and three impecunious historians, Mathias, Marc and Lucien - the three evangelists.

They agree - both because they need the money and out of sheer curiosity - to dig around the tree and see if something has been buried there.

They find nothing but soil. A few weeks later, Sophia disappears and nobody worries too much until her body is found burned to ashes in a car.

Who killed the opera singer? Her husband, her ex-lover, her best friend? Or could it be her lovely niece recently moved to the capital?

They all seem to have a motive. Vandoosler and the three evangelists set out to find the truth.