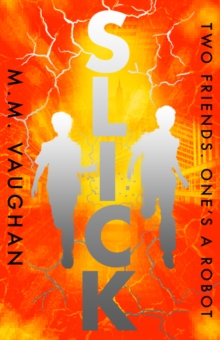 Eric Young is the first child android to be trialled in society, but he doesn't know that.

He does know that he's just moved to Ashland from New York City, so it's important that he makes new friends.

Not just any friends, but the right kind, the kind that would be interested in skateboarding and the new Slick trainers his Uncle Martin sends him.

He's already growing his social media presence, but he knows it's important to make friends in the real world too.

Danny Lazio doesn't have any friends, but he doesn't care about that.

He would rather not be friends with someone like Eric, who's had seemingly everything handed to him.

But when Eric takes an interest in Land X, Danny's favourite online game, Danny thinks he might have found a real friend - if he can figure out the mystery behind Eric's sudden disappearances and strange lifestyle.