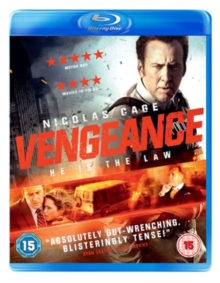 John Dromoor (Cage), Niagara Falls police detective and veteran of the Iraq War, comes to the aid of a young girl after she sees her mother Teena (Anna Hutchison) beaten and left for dead by a gang of thugs.

In court, the attackers are represented by criminal defence attorney Jay Kirkpatrick (Don Johnson) whose rebukes are focused on Teena's sobriety and promiscuity in an attempt to discredit her on the stand.

Her daughter's testimony alone should be sufficient evidence for convictions yet somehow the men are released without charge.

As he cares for Teena and her daughter in the wake of this injustice, John realises that the thugs are still stalking them.

Refusing to accept the outcome of the trial, and spurred on by his own troubled mind, John decides to take the law into his own hands.