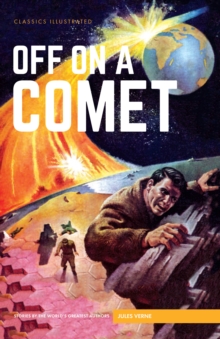 Off on a comet

By: Verne, Jules,  McCann, Gerald(Illustrated by)

When a comet strikes, it breaks off a section of the Earth, sending it spinning into outer space - along with a group of survivors who were not left behind!

Can they survive the harsh conditions of their new, reduced world, and if not, how can they get home?

This edition also includes a biography of Jules Verne, theme discussions and study questions, which can be used both in the classroom and at home to further engage the reader in the story.