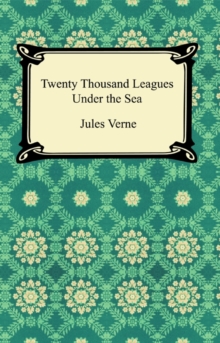 Twenty Thousand Leagues Under The Sea

Twenty Thousand Leagues Under The Sea

One of the greatest underwater sea adventures of all time, &quoteTwenty Thousand Leagues Under the Sea&quote is the story of Professor Pierre Aronnax who sets off aboard an American frigate to investigate a series of attacks, which has been reported to be made by an amphibious monster.

The monster in question is actually the submarine vessel the Nautilus, which is commanded by the eccentric Captain Nemo.

When the Nautilus destroys the Professor's ship, he is taken prisoner by Captain Nemo along with his trusted servant Conseil and the frigate's harpooner Ned Land.

What follows for the three is a tale of great adventure and scientific wonder that will delight readers both young and old.