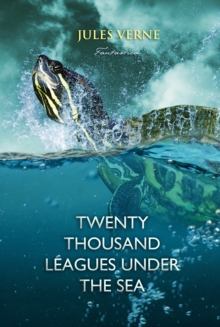 Part of the World Classics series

An expedition sets sail from Brooklyn to capture a mysterios sea monster.

After much fruitless searching, the monster is found, and the ship attacks it.

During the fight, the three protagonists are thrown overboard.

They are quickly captured and brought aboard the submarine, the Nautilus, where they meet its enigmatic creator and commander, Captain Nemo.

Captain Nemo's motivation is implied to be both a scientific thirst for knowledge and a desire for revenge on civilization.