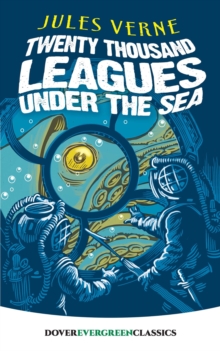 When Professor Aronnax embarks on daring mission to hunt down and destroy a mysterious sea creature that's menacing shipping he quickly finds his quarry.

But what he discovers turns out to be beyond his wildest imagination.

The beast is man-made - a vast submarine called the Nautilus built by the renegade scientist Captain Nemo. And Aronnax and his men become his prisoners. Trapped onboard Nemo's advanced vessel on journey into inner space that takes them from the South Pole to the lost city of Atlantis.

More than just a thrilling adventure, Jules Verne's book was a window on the future, predicting with uncanny accuracy dramatic developments in deep ocean science and technology that were almost beyond imagination.