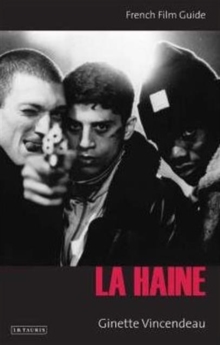 "La Haine" is a cult classic with cinema audiences, recently re-released and available on dvd.

It is hugely enjoyable, exciting book written with great panache and accessibility.

Released in 1995, "La Haine" is the black and white chronicle of 24 hours in the life of a mixed-race young male trio from a run-down Parisian suburb.

The work of a - then - unknown young team, it became hugely and unexpectedly successful, launching director Mathieu Kassovitz and lead player Vincent Cassel to stardom.

Vincendeau provides a thorough understanding of the context of the film's making, both in terms of the film industry and of French society, of the film's narrative tension, stylistic sophistication and ideological ambiguity and of its extraordinary success nationally and internationally.

She thus explains why, out of so many films about disaffected youth, "La Haine" is the one that has caught the international imagination.