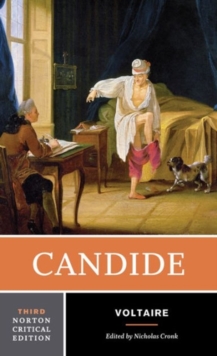 The novella has never been out of print and has been translated into every conceivable language.

The text of this Norton Critical Edition remains that of Robert M.

H. Barber, Haydn Mason and Nicholas Cronk), four of these new to the third edition; Eight critical essays-six of them new to this edition-representing a wide range of approaches to Candide.

A revised and expanded Selected Bibliography is also included.