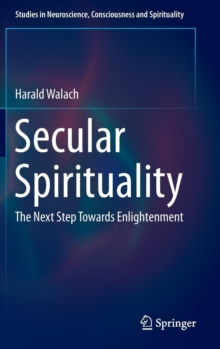 Secular Spirituality : The Next Step Towards Enlightenment

Part of the Studies in Neuroscience, Consciousness and Spirituality series

This book discusses spirituality as an emerging scientific topic from a historical perspective, with extensive discussion of the mind-body problem and of scientific concepts of consciousness.

The book is based on a simple yet challenging premise: Science has not gone far enough in the scientific process of going from a collective mind tied up in dogmatic teachings to a truly free mind that, seemingly, freed itself from bondage and restrictions.

The book shows that science, and with it our whole Western culture, has to incorporate spirituality if it is to realize this goal of enlightenment.

If that is done, and it can only be done by many individuals actually practicing spirituality, this will also lead to the individual type of enlightenment.