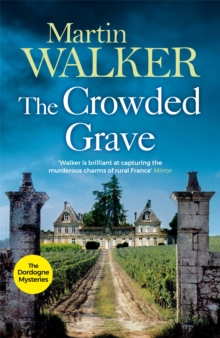 Part of the The Dordogne Mysteries series

'BRILLIANT AT CAPTURING THE MURDEROUS CHARMS OF RURAL FRANCE ' MirrorMillions of fans worldwide have discovered the world of Bruno, Chief of Police, and the lovely Perigord town that he looks after.

Yet even in the depths of rural France, murder is never far away. Spanish separatists, angry local activists and a mystery corpse: Bruno has his work cut out in this exciting mystery, part of the internationally bestselling series. Life in the Dordogne isn't full of the charming peace that you might imagine.

In St Denis a summit in a local chateau is threatened by Basque separatists, animal rights campaigners are causing havoc and it's about to get worse.

Yet it's a lot more recent than they'd hoped - boasting a Swatch on its wrist and a bullet-hole in its skull.

Meanwhile, an influx of visitors makes St Denis unusually crowded, and the solution to the murder appears to lie with one of these outsiders.

Bruno must think fast and keep his wits about him, especially if the answer lies a little closer to home.