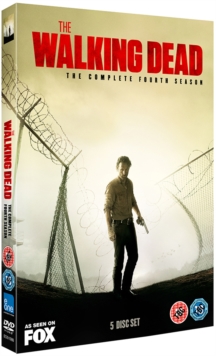 All 16 episodes from the fourth season of the US zombie adventure drama based on the comic books by Robert Kirkman.

When police officer Rick Grimes (Andrew Lincoln) wakes from a coma to find the world in the grip of a zombie epidemic, he joins a small encampment on the outskirts of Atlanta, where a band of human survivors struggle to withstand the terrifying advances of the walking dead.

In this season, the entire population of the prison is put in grave danger when a mystereious virus hits and the Governor (David Morrissey) plots his next move after losing Woodbury.