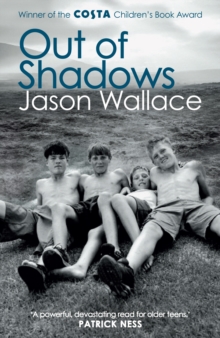 'If I stood you in front of a man, pressed a gun into your palm and told you to squeeze the trigger, would you do it?'
'No, sir, no way!'
'What if I then told you we'd gone back in time and his name was Adolf Hitler? Would you do it then?'

Zimbabwe, 1980s
The war is over, independence has been won and Robert Mugabe has come to power offering hope, land and freedom to black Africans. It is the end of the Old Way and the start of a promising new era.
For Robert Jacklin, it's all new: new continent, new country, new school. And very quickly he learns that for some of his classmates, the sound of guns is still loud, and their battles rage on . . . white boys who want their old country back, not this new black African government.
Boys like Ivan.
Clever, cunning Ivan.
For him, there is still one last battle to fight, and he's taking it right to the very top.