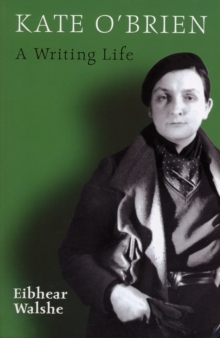 Kate O'Brien (1897-1974) was one of the most important Irish writers of the twentieth century, widely read, accessible and popular in Britain, Ireland and the United States.

She wrote for such respected literary journals as the "Spectator", and the "Irish Times"; she broadcast regularly for the BBC and adapted her best-selling novels for the stage in London and on Broadway.

One novel, "That Lady", even became a Hollywood movie.

She was a regular Book Club and Book Society choice, proof of her fame with the general reading public.

In the course of a hugely productive writing life, Kate O'Brien travelled, lectured, produced novels, wrote literary essays, reviewed novels and was broadcast on the radio and on television.

In this new biography by Eibhear Walshe, he traces her life from Limerick, to Spain, America London and argues that, in fact, Kate O'Brien was a subversive and a pioneer for women's writing.

She created novels that were deceptively traditional in form, but radical in content and thus, invented a literary identity for her own Irish bourgeois class and a successfully realized fictive independence and viability for her young Irish female protagonists. Proud of her Irish middle-class origins, she was, nevertheless, antagonistic to the insular moral codes and the censorship laws of the newly emergent Irish state.

Out of these contradictions, her fascinating and powerful novels were created and, as a result, her books still draw a wide readership.

Drawing on original research and extensive archival sources, this biography traces the life and the writings of the most important novelist of the Irish middle class.